Jason Scott Entsminger started his doctoral program in Agricultural and Applied Economics at Mizzou in the Fall of 2015, and became part of the McQuinn Center team in January 2016. At the McQuinn Center he is working on collective entrepreneurship, examining the organizational and governance structures of “food hubs”, as well as the mechanisms of entrepreneurship in agrifood systems among minority and marginalized groups, especially those entrepreneurs who identify as LGBTQ+. His other academic interests are in the realms of trade in agrifood products and international rural development. Before joining the McQuinn Center, Mr. Entsminger worked for the Foreign Agriculture Service of USDA in the Office of Trade Programs, had been Lecturer and Program Advisor for Agribusiness at the University of Maryland, and was part of the New Business Development team at CNFA, a non-profit in Washington, D.C. focused on an agricultural value-chain approach to international rural community development. His experience also includes six years working in the Cooperative Extension Services of Nevada and Florida in teaching and research roles. Jason holds an International Masters of Rural Development from a consortium of institutions in the European Union, a Master of Science in Food and Resource Economics from the University of Florida, and Bachelor’s degrees from the University of Nevada, Reno – his home town – in Agricultural and Applied Economics, French Language and Literature, and International Law, Diplomacy, and Comparative Political Organization.

Annette began with the McQuinn Centre in the Fall of 2015 having relocated to Missouri from New Zealand.  Annette has an MBA and a Masters in Management from Massey University, NZ, and a research background in rural entrepreneurship.  With 18 years experience in managing and advising rural businesses Annette is using this practical knowledge to enhance her current study towards a PhD in Agricultural and Applied Economics program as well as her current research in collective entrepreneurship within the artisanal cheese industry in the USA. 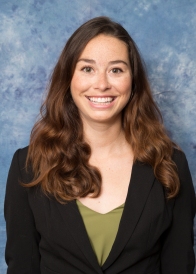 Mattie joined the McQuinn Center in Fall of 2015 where she works as a research assistant while completing her Master’s degree in agricultural economics. Currently, Mattie is lending her skills to the Chicago Council on Global Affairs as a summer intern for the Global Agricultural Developent Initiative where she assists in collecting research for program reports and compiling stories for the weekly news brief.  In addition to her Council duties, Mattie is working on her thesis research, which investigates entrepreneurial opportunities and challenges for ethnic and minority groups in agriculture and food systems in the Twin Cities, MN.  Mattie received a B.A. in Latin American Studies from Macalester College, and pairs her continued interest in social justice issues with a renewed focus on entrepreneurship as a Fellow with the Cambio Center at Mizzou.  Outside of school and work, she likes to see new places, spend time outside with her puppy, and cook tasty dishes.